• Write a page of dialogue between a man working in the hardware store and an elderly lady who comes in looking for a tool. 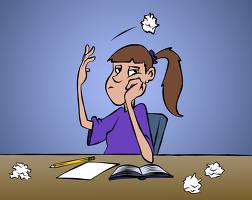 • Write a page of dialogue between a pilot and air traffic control. Make it exciting.

• Write a page of dialogue between six year old Anna and her friend Michael. They are in the backyard. Show me, through their dialogue, what is happening.

Which children’s books have great dialogue? Read a Clementine book, and a book by Wendy Maas.

Several of my picturebooks won children’s choice awards selected by blind kids. That helped me enormously to realize that text has to work without art. As writers we have to paint pictures in the reader’s head with words.

Describe an object. Pick a flower, a puppy, a doll, the house across the street, a pine cone, anything. Describe it in detail for yourself on paper. Note its color, shape, size, texture. Now feel it. Describe how it feels. Or listen to any sounds and add them to your description.

Did you write half a page, a full page of description?
Now try to sum this all up by painting a picture of it. What does it compare to? Use a few poetic words instead of the long tedious paragraph.

In my book Emma’s Eggs I did not describe the chick yellow, round, fluffy, soft, etc. But after making this list I compared her and called her “a dandelion chick”. Does such a comparison work for your description? 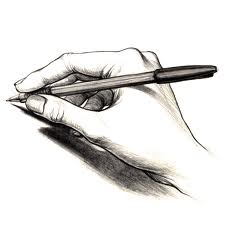 Show, don’t tell. Here’s a writing activity to help you do that in a children’s story:

• Don’t tell me that Nathan is angry. Show me.

• Justin is supposed to be sleeping but he is afraid. Show me why and how he feels. 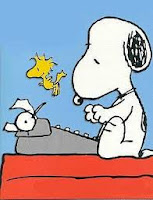 Having just spent an intense week at the Oregon Coast Children’s Book Writers’ Workshop (http://www.occbww.com/), I decided to write some posts aimed at helping (beginning) writers. Most of my blog has been aimed at fellow booklovers and reading. However, many of you might also enjoy doing some writing activities.

So, I will aim to put a new writing activity on this blog each day for the next month or so. Just a short one. Something aimed at helping you to write each day for the sake of practise. We’ll look at description, voice, tense, dialogue and more. See how this fits into your day. Write for 5 minutes, if that’s all you have. Or expand my short activity into an hour of writing for you. Do it as a stand-alone exercise or fit it into a piece you already have… Just write.

So, for today, here we go.
The golden rule we’ve all heard about: SHOW, don’t tell.
Take me for a walk along the harbour. SHOW me what it looks like. Be sure to include the smells, sounds and feels of a harbour front on a… sunny day, or blustery day.

Check out the current issue of Canadian Teacher Magazine for my interview with award winning illustrator Ron Lightburn.

I am in awe of the fact that a writer, Gail Carson Levine, can take a well known, ancient fairy tale, and give it a life of its own. Who knew that Cinderella, the shallow character from a short story, could have and would have such depth, such an amazing tale to tell!

At birth, Ella is inadvertently cursed by an young fairy named Lucinda, who bestows on her the “gift” of obedience. Anything anyone tells her to do, Ella must obey. Another girl might have been burdened by this affliction, but not feisty Ella: “Instead of making me docile, Lucinda’s curse made a rebel of me. Or perhaps I was that way naturally.”
When her beloved mother dies, leaving her in the care of a mostly absent father, and later, a loathsome stepmother and two treacherous stepsisters, Ella’s life and well-being seem to be in grave peril. But her intelligence and spunky nature keep her in good stead as she sets out on a quest for freedom and self-discovery as she tries to track down Lucinda to undo the curse, fending off ogres, befriending elves, and falling in love with a prince along the way. Yes, there is a pumpkin coach, a glass slipper, and a happily ever after, but this is the most remarkable, delightful, and profound version of Cinderella you’ll ever read.

“Gail Carson Levine’s examination of traditional female roles in fairy tales takes some satisfying twists and deviations from the original. Ella is bound by obedience against her will, and takes matters in her own hands with ambition and verve. Her relationship with the prince is balanced and based on humor and mutual respect; in fact, it is she who ultimately rescues him. Ella Enchanted has won many well-deserved awards, including a Newbery Honor.”